A premium car manufacturer based in the UK needed a stringent quality control system that could digitalise gap and flush measurements to support efforts to improve the aesthetics of the car exterior. Manual gauges have been problematic as ensuring accuracy of measurement is open to human error and the audit trail of measurements is not secure. GapGun Pro2 with violet laser technology was the recommended solution as it can take accurate gap and flush measurements on even the most complex of surfaces and transmit that data digitally to a central database.

“We were impressed at just how quickly the GapGun Pro2 could be configured to measure areas which other digital tools we had tested were unable to. In just 2 minutes, the team were able to measure features which other non-contact precision tools were unable to, such as white protective plastic and areas of high contrasting colours” explained one of their Senior Quality Control Engineers.

Being able to analyse measurements in the production line at micron level using digital tools such as the GapGun is a gamechanger for car manufacturers. Measurement data can now be immediately transferred to central control systems:

“Previously, deviances in gaps around door fitting, panels, headlights or taillights would only be identified once the car was at the end of production. With GapGun we can take corrective action on the production line to improve the quality of our build in real-time” continued the Senior Quality Control Engineer.

Pioneering quality control systems is essential for luxury car manufacturers to stay on top. Being able to prove their build quality down to the detail of gaps around headlights or between door panels enables them to position themselves as leaders in quality and differentiate from the competition.

Increasingly, tier 1 and tier 2 automotive manufacturers are also implementing GapGun into their quality processes. They too can now prove the standard of build quality of parts to their OEM customers. Being able to evidence aesthetic quality in a digitalised format, provides reassurance and consistency to the leading car manufacturers of today.

Find out more at www.third.com.

When a leading train manufacturer was required to take gap and flush measurements in...

How The GapGun Pro2 Speeds Up Production Line Inspection 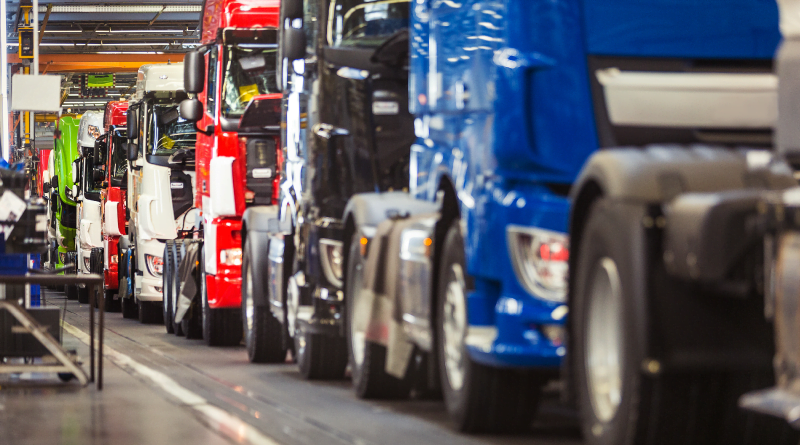 Customer satisfaction is of the upmost importance to many truck manufacturers. When a leading...